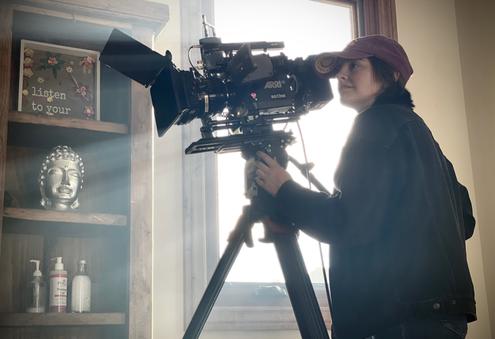 Tara Jenkins is a filmmaker residing in Los Angeles. Originally from Phoenix, Tara moved to the LA area to attend Pepperdine University and never left. She is a graduate of USC School of Cinematic Arts, where she earned her MFA in Film Production. Her work on the documentary "Spokespeople" won the 2021 First Look Award at USC for Outstanding Cinematography as well as Best Short Doc at the Rhode Island International Film Festival.

Tara currently works at the American Society of Cinematographers as a writer and content creator while freelancing as a cinematographer and FAA certified drone pilot. She is a proud IASTE Local 600 AC. Her article on her film "Thrall" is available in the December 2020 issue of American Cinematographer. Recently, her work can be seen on the 2021 Fangoria Chainsaw Awards, which premiered on Shudder.